Trek Global has helped a number of companies recover from challenged or failing open source ERP implementations. We wanted to share some our experiences. In this two-part series, we’ve gathered insights from Trek’s CEO, Joel Stangeland.

During our first interview with Joel, he focuses on the preventative steps companies can take to avoid the common pitfalls. Later this week, we will post part two of our discussion: Trek Global’s Open Source ERP Rescue Response. 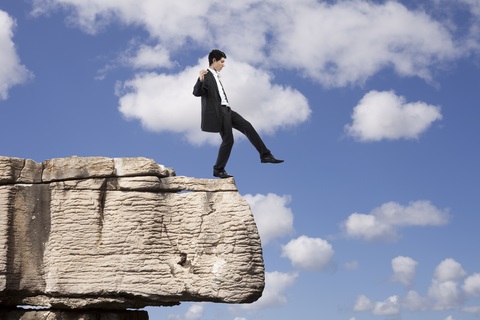 TG: You have many years of experience in open source ERP implementation.

Joel: Yes, my experience with ERP actually goes back about 20 years, and includes Trek Cloud ERP, plus SAP implementations and open source. My focus on open source ERP has included Compiere, ADempiere, iDempiere and Openbravo.

TG: You have seen many common mistakes organizations make in open source ERP implementation. What is the first serious issue a company should avoid?

Joel: A company may see they have smart IT staff and business leaders, and believe they have the ability to implement open source ERP on their own despite never having done it before. For all their good intentions and talent, what they may not realize is how incredibly complex and interconnected the processes are inside an ERP. If you don’t know where the pitfalls are, you run a very real risk of falling into them. This is something we’ve seen over and over again, and it’s where we come in as ERP implementation guides.

TG: I believe this concept connects with the company logo, is that true?

Joel: Yes, and the concept drove the choice of our name, Trek Global. We’ve seen that companies are on a trek with a destination in mind. We know how to get them there safely. Imagine wanting to climb Mount Everest. You could be among the healthiest and fittest in the world. Would you climb Mount Everest by yourself? Not if you wanted to do everything in your power to mitigate the risks of getting lost or hurt. You’d most likely hire a professional guide who can support your successful climb to the top.

TG: Assuming a company hires an experienced implementation guide, what further actions should they take to ensure success?

Joel: The company needs a trusted internal resource who will manage the project, and key employees in each of the functional areas who will participate throughout. Some businesses feel they can just hire a company to come in and do the whole ERP implementation for them, but they’re usually not happy with the results. By not participating with their guide, the company ends up with a generic system that doesn’t function in the way they want or need.

TG: I know that budget is often a key issue when choosing how to implement an ERP. What budget considerations should not be overlooked?

Joel: Many companies don’t leave sufficient budget for documentation, training and a go-live audit. A go-live audit allows you to run through a series of mock go-lives, where you convert your information into the system, run it for a day, and make sure your numbers add up. You then adjust and run the audit again until you’re confident the system is set up correctly. Companies may also try to rush through the implementation because they don’t want to invest the time. Rushed implementations just don’t work: you end up running your business in a system that’s not finished.

TG: A failed implementation poses some scary outcomes. What risks do companies take in not doing it right the first time?

Joel: In the worst-case scenario, a company could go bankrupt. This really happens. An example is a company that repeatedly over-ordered during a period of time due to incorrect ERP setup. The errors were small but when added together it was significant. As a result, the company reached a point where they couldn’t pay their vendors and so they had to declare bankruptcy. More likely, the consequences of a poorly managed implementation will be irritated vendors and customers. One company we stepped in to help had problems reflecting that they’d fulfilled their distributors’ orders, and so orders were fulfilled multiple times. When you’re talking about sending 6 pallets of product to a distributor and you fulfill that order three times, your distributor is going to get pretty angry at having to deal with 18 pallets of product. Also, consider the employees: their anxiety levels will go through the roof and over the long term they will experience an abiding frustration. Companies lose their best employees for this reason.

Later this week, we’ll share Joel’s comments regarding real rescues and Trek Global’s proven steps that help companies get back on track. Be sure to check back for Part 2!