How to Keep Your ERP Project on Time and on Budget 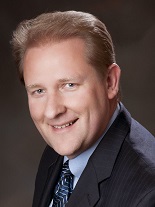 Successful ERP implementation is notoriously difficult. Statistics vary somewhat, but many industry studies place the failure rate of ERP projects at somewhere between 40 to 80 percent, with cost overages, project duration overruns and receipt of product benefits frequently at the top of the list of complaints.1

While it is true that ERP project failures can be (and are) inflated by user perception and a lack of effective business process management, it is an inescapable fact that the implementation team itself plays a large role in whether a project delivers on time, on budget and delivers the capabilities promised. “Choosing the right team to guide your ERP implementation can make a critical difference between the success and failure of your entire project,” says Joel Stangeland, a systems integrator at Trek Global.

He is in a position to know. Stangeland has worked on a variety of ERP solutions, including the implementation of SAP© for an international not-for-profit organization, and multiple ERP rescue projects for various other platforms. He’s seen the difference between what an experienced team of PMs, business analysts, software architects and developers can do versus a team that does not have the very specialized skill set particular to ERP.

“A successful ERP project is on time, on budget, and delivers the functionality expected by the client,” says Stangeland. “A major factor in missed deadlines and budget overruns is being ‘surprised’. The more experienced the ERP project team, the more likely they are to identify major obstacles up front. Doing so lessens the chance of getting derailed later on.”

What about ERP project scope creep? “Scope creep can be the result of two things,” explains Stangeland. “The first is when the client team may not know what to ask for. The problem is, ‘you don’t know what you don’t know’, which is why the client business really depends on an ERP implementation team that has done this many, many times and can ask the important questions up front.”

“The second piece to scope creep is when the client team starts making requests that are not based on business priority and pre-determined ROI. Some of this is certainly the responsibility of the business, but an experience implementer knows how to keep conversations and requests on track and on priority. Also, an experienced implementer sets the correct expectations for the client regarding application features, and doesn’t over-promise.”

What is the real cost to a company when their ERP implementation goes wrong? “Lost revenue at the very least,” says Stangeland. “Closing the doors on your business, at the very worst. It’s very important to start with the right team to avoid pain later on.” But what if a company has already gotten into a project that is clearly headed in the wrong direction? According to Stangeland, “Then it’s time to stop the spin and start thinking ERP project rescue.”

Stangeland points to an ERP project rescue case study. A successful, mid-sized manufacturing business, ABC Toys*, decided to implement an ERP system and conducted a search for ERP software and systems integrator. Unfortunately, the selected integrator oversold their team’s implementation experience in general, and their experience with the particular enterprise software that was chosen. After 11 project months and with the system live, ABC Toys found that:

The integrator was dismissed, and Joel Stangeland’s team was brought in to perform a rescue implementation. For the following year, ABC Toys went beyond their ERP budget and timeline in order to make their new system functional and provide adequate training to their team. Within a few months the system had been stabilized and was performing as expected.

ABC Toys was lucky. Their ERP project woes caused a lot of frustration and added expenditure, but didn’t seriously impede their robust growth. Other companies have not been so lucky. For this reason, Stangeland says he is serious about driving what he calls a Guided Implementation. “If you were climbing Mt Everest, you wouldn’t want a mountain guide who has only climbed Everest once,” notes Stangeland. “You would want the most experienced guide you could find.”

Whether you are implementing ERP for the first time or are looking for help resolving current ERP project woes, we would be happy to talk with you about best practice options to suit your needs. Contact us for more information.

5 ERP Implementation Strategies for Deploying Ahead of Schedule

Managing the 5 Stages of an ERP Life Cycle